Gotham City Sirens 8, story and art by me. 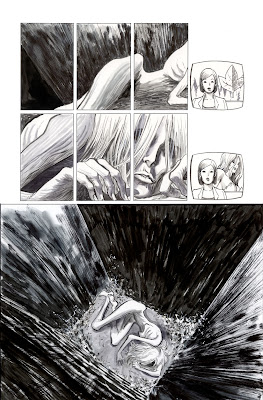 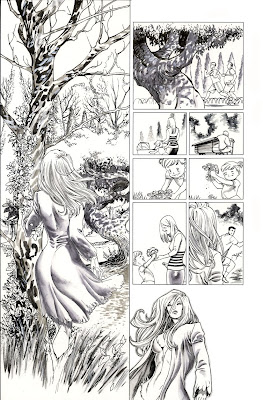 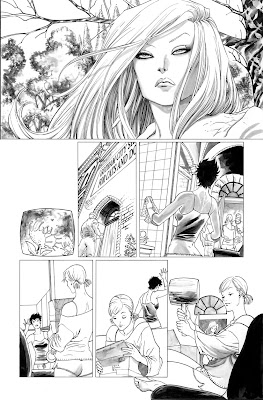 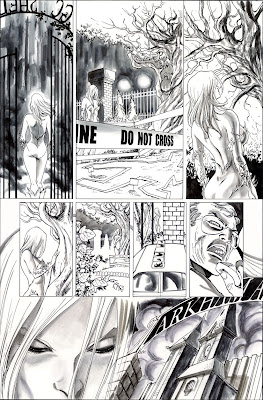 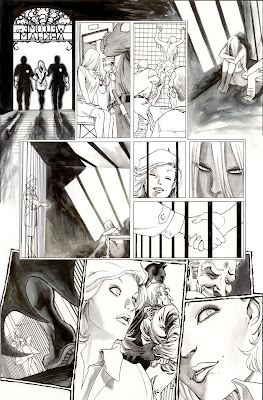 Yesterday 1/27 issue #8 of Gotham City Sirens was released. It had to be written as usual by Paul Dini, but some difficulties gave me the chance to write comics again. I wouldn´t like to look like an artist that tries to become a writer, since I´ve always seen myself as a complete comics creator and years ago I was doing all the process, so this issue means the natural way for me to make comic art. Well, except for the english language. The main difference this time is that I was allowed to play with DC´s characters. So I took care of the story, as well as the layouting and a first draft of the dialogue. Of course, final dialogues were written by an english spoken writer, Marc Andreyko, doing a really great job. Tomeu Morey on colors, probably one of the best colorists out there. This is a standalone, very special issue to me. I´m satisfied as I´m not been since long ago with my work, though many people may consider this issue just another fill-in, and they are not wrong at all.
Cover creation process at The Source.
Preview with colored and lettered pages at CBR.
7 comments:
Email ThisBlogThis!Share to TwitterShare to FacebookShare to Pinterest
Newer Posts Older Posts Home
Subscribe to: Posts (Atom)