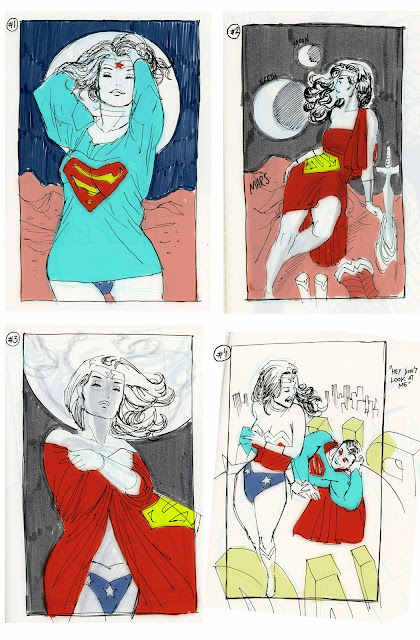 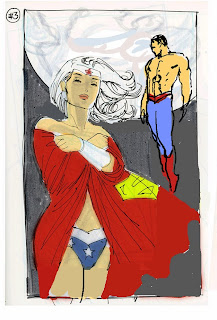 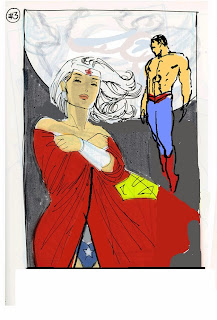 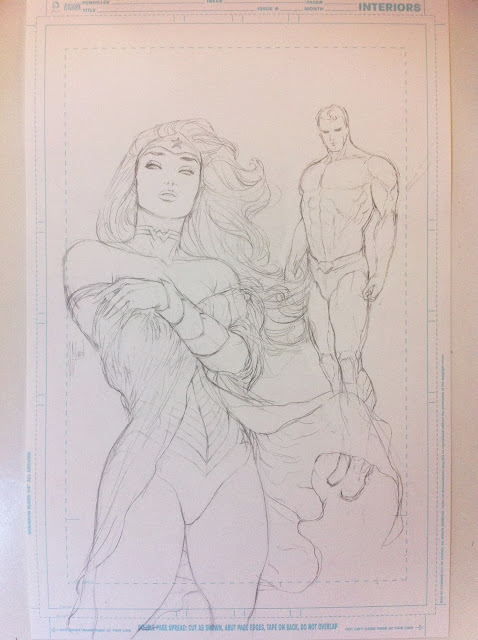 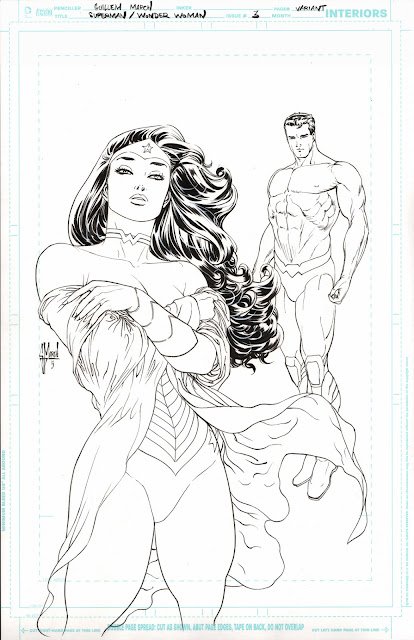 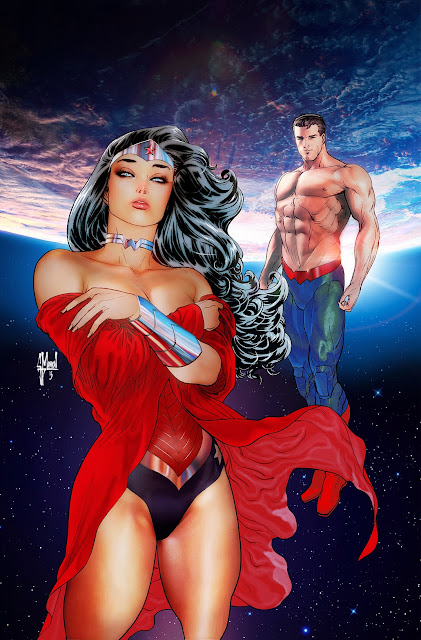 Looking at the pencils- ink -colours it looks like the left knee ( right side of the image ) has been pinched, losing a little on the inside, and a line on the outside.

No huge problem, if the image was cropped slightly.

All that said there is a lot of love for this image out there.
Yeah I know the internet rattles away with haters of this relationship, but they aren't representative of the folks who are buying this series in significantly large numbers - and especially the active fans of the Diana and Clark couple.

I can say this because I'm a co-mod of the Hell Yeah Superman and Wonder Woman Tumblr, and active in a wider network of related sites. So I get to see both sides of net chatter.

So far & fingers crossed the Diana and Clark fanbase seems to embrace the positive humane values the characters embody, and to my knowledge - in that I haven't seen outrageous examples of hating, ie it doesn't resort to trolling creators and other fandoms.

So thank you DC, you Guillem, and the other creators, for your work.

Hey, I am no art or comic connoisseur but I see a little bit of sexy and this has it. What is wrong with something showing that you know the pair are a couple? The style is your style and if they don't like it they don't have to buy it.Tough to the whiners ( usually from the fans of Lois and Clark) hating at anything sm/ww from Jim Lee's kiss cover to this. Ignore them. They were never going to buy this book anyway. They'll always find a reason to whine.

This variant is HOT!!! Can we have all the other artwork as variants too? :)

I'm as much a fan of midgets as anyone else.

I actually prefer the first one (Wonder Woman wearing Superman's shirt) but I understand the need for both of them to be on the cover. Any chance we get to see #1 finished? I agree with teineseina in saying I'd love to have the other variants.

Good job by you to call out those who try to degrade your work. That leg is perfect based on the models you used. Muscular legs are shaped like that. The biggest problem is people aren't seeing beyond the frame so, yes it looks awkward, however accurate.

her left knee looks marginally narrow in the colored version but who cares I just think her legs don't necessarily have to look like the ones in the photos because bodybuilders take a ton of steroids. See inge de bruijn, she's a female competitive swimmer and that's what a naturally athletic female body looks like so what in my mind a proper flesh and blood wonder woman would look like

Your work is so good it hurts, i kind of hate myself seeing it so that's good.