Most people, specially from US, know my work for DC comics. Some other people from France or Spain have read my books in french/spanish and barely know about my superhero stuff. Only a few, those who follow my work from my early years -I love you guys-, know my older manga-influenced stuff. In between all that, I´ve tried many styles in short stories that had a very unnoticed life.

Since most of the times I  can´t post my current WIP beacuse it hasn´t been announced yet so I can´t show it, I´m going to start a series of posts about my more unknown/old work. I could have named it "The back alleys of my hard disk", but I´ll call it "Oldies but Goldies".

Expect the unexpected! Today: Bad-man, or "my style after Will Elder´s Little Annie Fanny". 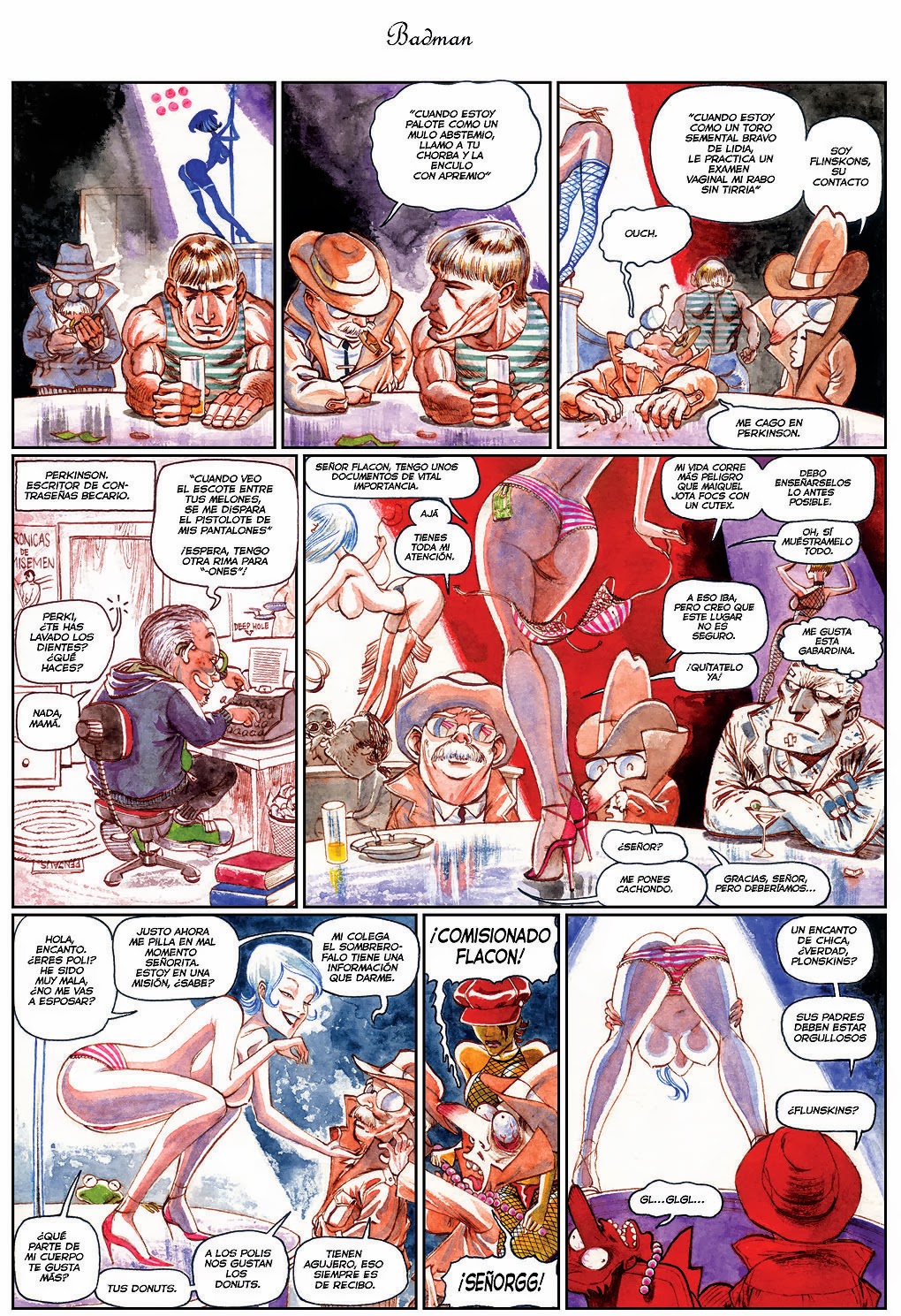 Tomorrow: Me meeting Robert Crumb.
Email ThisBlogThis!Share to TwitterShare to FacebookShare to Pinterest